Beijing-Xiongan Intercity railway will open soon by the end of 2020, cutting travel time from Xiongan New Area to Beijing to 35 minutes, reducing travel time between major cities in the Beijing-Tianjin-Hebei region to less than one hour, youth.cn reported on Dec.14. The main body of Xiongan Railway Station consists of five floors, with three floors above ground and two underground. The first floor contains a waiting hall and relevant public service facilities, the second contains platforms, and the third will be the overhead waiting hall. 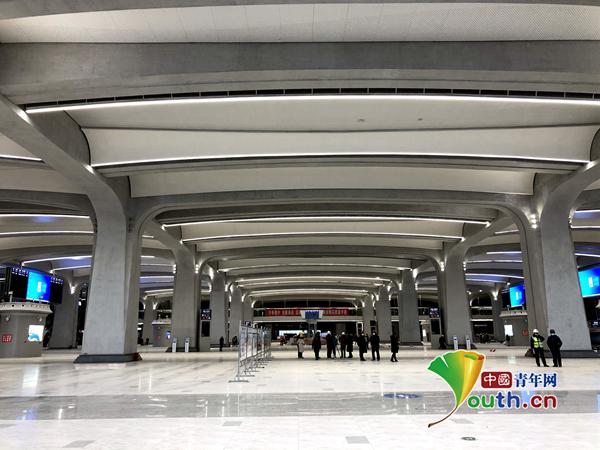 The inspiration of the station’s design comes from the water culture of Xiongan, along with elements of traditional Chinese culture.

It is also worth noting that cutting-edge technologies such as cloud computing, the Internet of Things , big data, AI, mobile internet and BIM are being utilized in the station, making it a world-class transportation hub.

Xiongan Railway Station has far-reaching significance. As the intersection of many railways such as Tianjin–Baoding intercity railway and Beijing-Xiongan intercity railway, it will help Xiongan New Area better integrate into the high-speed railway network of the whole country.

In addition, it will especially make travel in the Beijing-Tianjin-Hebei region easier, as it makes it possible to travel from Xiongan to Beijing and Tianjin within half an hour and reduces travel time between Xiongan and major cities in the region, such as Shijiazhuang and Hengshui to less than an hour.

In pics: winter fishing in Xinjiang