Such a moment recalled China’s first-ever fabric national flag that was unfolded on the moon by the Chang’e-5 lander on December 3, another highlight of the mission.

“These moments would be treasured for years to come, and would always inspire curiosity to seek more space marvels,” said one stargazer.

The safe landing of the long-awaited Chang’e-5 marked a perfect end to its 23-day journey to the moon, bringing back with it a precious parcel containing not just lunar samples, but also the hopes and expectations to advance humanity’s understanding of Earth’s celestial neighbor.

Xi, also general secretary of the Communist Party of China Central Committee and chairman of the Central Military Commission, extended greetings to all members who participated in the Chang’e-5 mission in his congratulatory message. 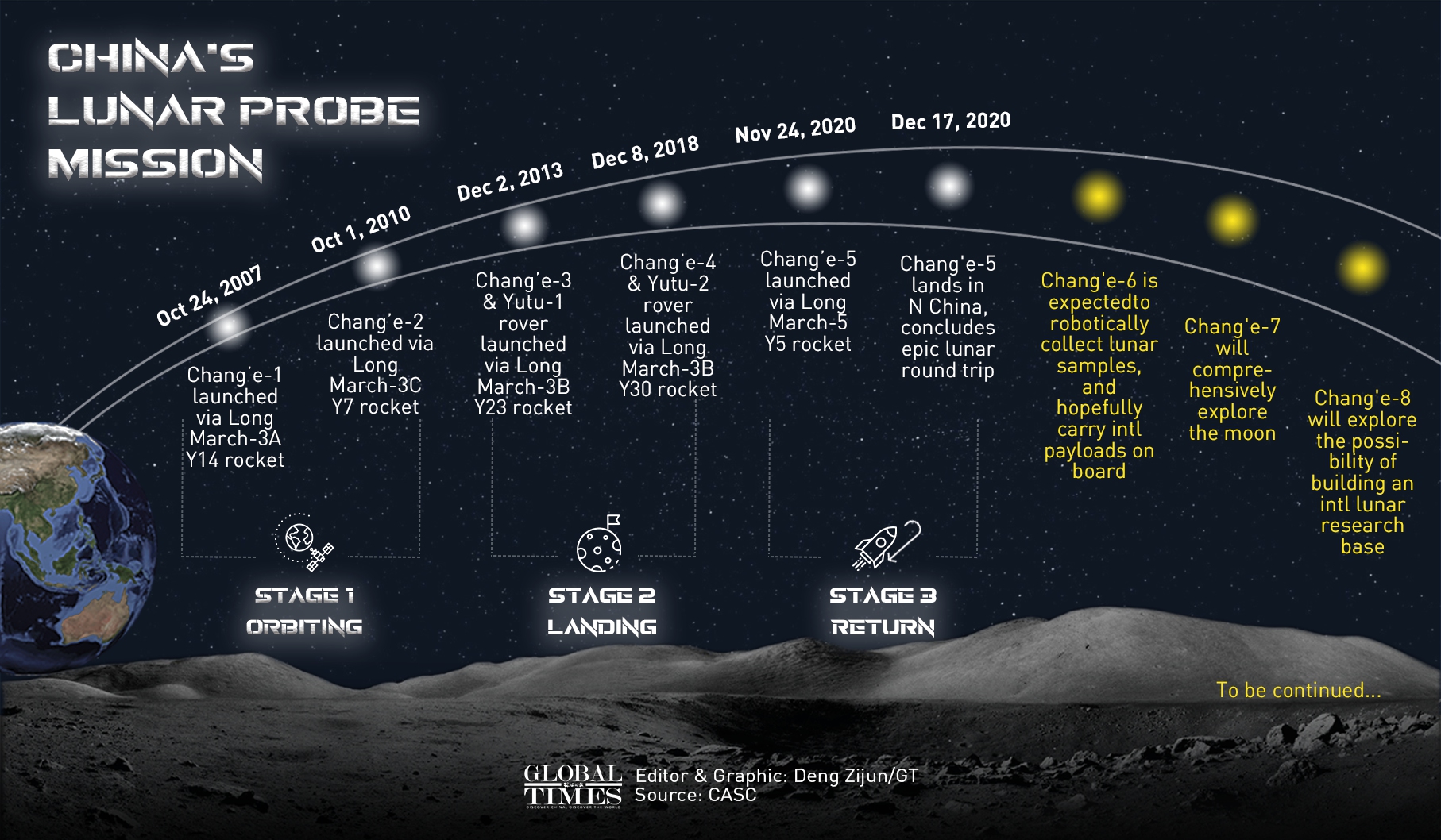 China is the third country to have successfully brought lunar samples to Earth, after the US and the Soviet Union, setting a new stage for China’s aerospace development.

Every step of the mission underwent thorough planning and met with everyone’s high expectations, by nailing multiple technological breakthroughs.

“The successful mission is a new milestone in the development of China’s space industry, proving that China has mastered the technology for shuttling between Earth and the moon,” Wu Yanhua, the deputy head of the China’s National Space Administration, said on Thursday at a special press conference at the State Council Information Office in Beijing.

The prefect completion of the three stages for “orbiting, landing and returning” laid a solid foundation for China’s future lunar and planetary exploration, which is the best practice with technological self-reliance, and proves our capability to organize a major program amid the COVID-19 epidemic, ” Wu said. At around 1 am Thursday, the separation of the returner and orbiter took place 5,000 kilometers from Earth. About half an hour later, the re-entry capsule, carrying around 2 kilograms of lunar samples, entered the Earth’s atmosphere at a speed of 11.2 km per second, the second cosmic velocity.

To lower the speed, the capsule then bounced back on the atmosphere in a way mimicking a “skipping stone,” according to a statement sent to the Global Times by the China National Space Administration (CNSA) on Thursday.

The parachute opened when the craft was some 10 kilometers above ground.

The re-entry capsule has been transferred to Beijing as of Thursday afternoon in a Y-9 helicopter. And the CNSA will hand over the craft to ground applications, as the mission has entered a stage of “science,” the CNSA deputy head revealed on Thursday.

The moon samples will be mainly used for scientific research, and part of them would be exhibited in China’s National Museum and National Astronomical Observatories, according to the CNSA.

China will soon release a lunar sample data management code to guide bilateral and multilateral research collaboration with the international community, and some of the samples will also be given to other countries, following the US and Soviet Union tradition, the space agency added.

The UN has previously requested to share some of the samples, Wu said.

Aside from Beijing, the main storage site of the samples, Shaoshan, Central China’s Hunan Province—hometown of late Chinese leader Mao Zedong–will also be used to preserve the lunar rocks and soil.

CNSA said such decision aims to honor the great leader who had once expressed great passion towards space. “We can clasp the moon in the Ninth Heaven.” The craft’s landing was live streamed by state broadcaster China Central Television (CCTV) on social media, attracting nearly 2 million views, which mirrors the high enthusiasm toward the 23-day round trip of Chang’e-5.

Shortly after Chang’e-5’s launch on November 24, curious netizens dug up an article published in 2005 by the People’s Daily, which elaborated plans for the entire Chang’e series – orbiting, landing, and sample retrieval–while specifying that the missions were expected to be completed in 2020.

“It’s hard to believe that our distant and unrealistic fantasies – once seemingly the realm of science fiction – have actually come true,” a netizen on Weibo said. “We now have all the confidence in the world for the future of China’s space industry,” wrote another.

CNSA said Thursday that the agency and scientists are mulling to launch a Chang’e-6 sample return mission during the 14th Five-Year Plan (2021-25), of which the landing site could be the lunar south pole or the far side of the Earth’s natural satellite.

Space missions such as Chang’e-6, 7, 8, asteroid exploration, Mars sampling return and Jupiter exploration will be implemented as planned, Wu Yanhua, announced at the Thursday conference. 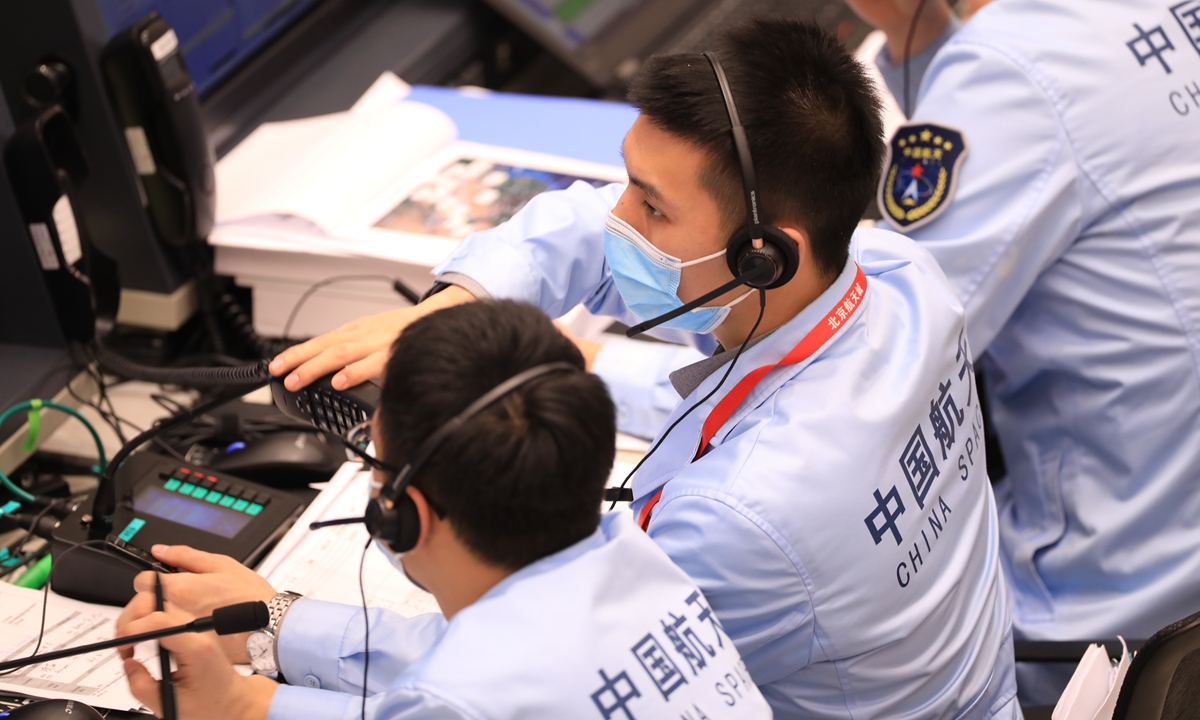 In the Chang’e-5 mission, China carried out coordination and cooperation with the world, including the European Space Agency, Argentina, Namibia, and Pakistan in the field of Telemetry, Tracking, and Command (TT&C.)

Many national leaders, heads of space agencies and international organizations expressed their congratulations and praise, and looked forward to further cooperation with China, the CNSA official said.

“China is willing to work with like-minded friends from all over the world and share lunar samples with them for scientific research,” Wu told the media when commenting on Reuters’ question on Thursday, that hinted on the possibility of a China-NASA joint force on the study of moon samples.

“Very regretfully, US laws have made it very difficult to work with NASA,” Wu said. He noted that it depends on the US government’s attitude.

NASA is currently restricted from directly working with the Chinese space agency or Chinese-owned companies. That provision was inserted in 2011 into the law financing NASA by Frank Wolf, then a Republican congressman from Virginia, to punish China for its human rights record and to protect American aerospace technology. International space observers reached by the Global Times said they could feel that many at NASA eager to work with China, but complicated political factors would come in the way.

At a talk on Tuesday to the Greater Houston Partnership, an economic development organization, Jim Bridenstine, the NASA administrator, addressed the prospect of relaxing the ban on NASA-China cooperation.

“It’s above my pay grade,” Bridenstine said. “But certainly, I do believe NASA is a tool of diplomacy. I believe that asset is a tool that can be used as, for example, a pot sweetener for a trade deal. I think it can be used for all kinds of purposes for international diplomacy.”

However, observers are reading positive signs and said that since Democrats control the House, they could make a change if they wanted to.

Some said they would be thrilled to see the best in the game of join forces for the love of humanity.

“However, we must stay rational and sober about the gap between China and the US in terms of aerospace development,” Song Zhongping, an aerospace expert and TV commentator, told the Global Times on Thursday. “We must admit that the US is still leading the world’s space explorations, and cooperating with the US will bring much benefit for both countries.”

China welcomes cooperation, but only on the premise that the US stops politicizing the field, gives up its Cold War mentality, and is willing to engage in an equal-footed dialogue, Song noted.

“The appeal from NASA senior officials and other US space analysts to share data and cooperate with China on moon explorations have also shown the advancement of China’s space technologies and innovations in a way that the Americans never expected,” he added.

“If there’s one thing the men and women who fly in space will tell you, it’s that once they get there, terrestrial politics mean nothing at all,” TIME said in an article.