▲A soldier provides security as his fellows fast-rope from a transport helicopter attached to an army aviation brigade under the PLA 81st Group Army during a recent real combat training exercise near the Bohai Bay.Photo:China Military

China’s draft revisions to the National Defense Law aim to make Chinese military service a profession revered by the whole of society, which analysts said will guarantee that they better accomplish missions in emergencies, war and occasions in which national sovereignty, security and development interests are being harmed.

The draft revisions to the National Defense Law are currently soliciting opinions from the public until November 19.

We should create an atmosphere in society in which servicemen and women are respected, heroism is advocated and sense of duty is encouraged, and not put things like money worship, which will corrupt society, above all else, Song Zhongping, a Chinese military expert and TV commentator, told the Global Times on Thursday.

We must not take for granted the obligations of military personnel to fulfill their responsibilities during emergencies and wars. Only when they are truly respected by people in their hearts will there be unity between the people and the military, Li Jie, a Beijing-based naval expert, told the Global Times on Thursday.

If military personnel have a sense of honor, they can make even greater contributions to the country when a war breaks out and in safeguarding national sovereignty, security and development interests, analysts said. 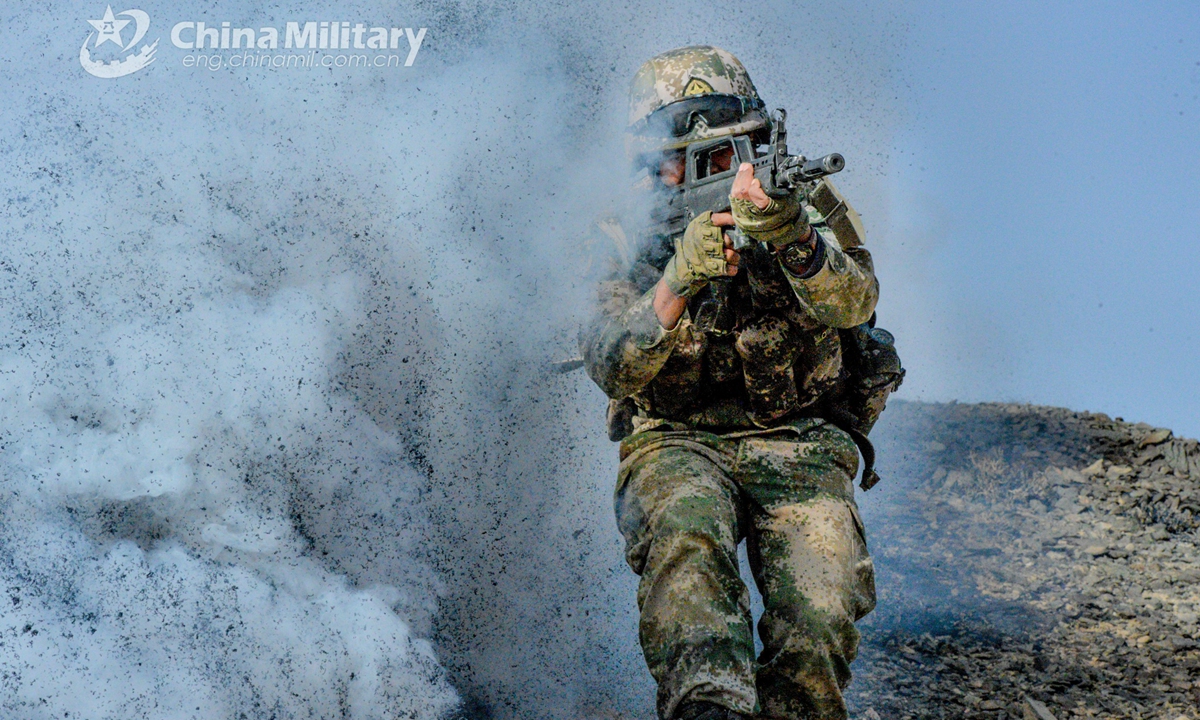 ▲A soldier assigned to a combined arms brigade under the PLA 76th Group Army uses smoke bombs to create a smokescreen for concealment as he engages mock enemy with his rifle during a real-combat drill on September 26, 2020, which aims to beef up soldiers’ courage and uprightness in battlefield.Photo:China Military

On the basis of being loyal to the motherland, performing their duties, fighting bravely, not being afraid of sacrifice, and defending the security, honor and interests of the motherland, the revised draft adds that servicemen and women must be loyal to the Communist Party of China.

Actually, many already are CPC members and are obligated to follow Party discipline and regulations, so including this clause in the draft law is akin to fortifying their requirements to fulfill their responsibility in keeping the country safe, Li said.

Under this draft law, non-Party member military personnel must also be loyal to the CPC, which means they must be disciplined in the same way as Party members and not betray the Party, Li said, adding that this requirement will provide guarantees for the military to better accomplish missions they are given.

Regarding preferential treatment of military personnel from the state and society, the draft also added that China will establish a military welfare benefit guarantee system that is compatible with the military profession and coordinated with the development of the national economy.

Xu believes this guarantee system will prompt military personnel to be more professional, allowing them to enjoy better preferential treatment in accordance with the economy.