A group of Chinese grassroots whitewater kayakers has accomplished group #kayaking over the weekend in the formidable Laojun Rapid in the Jinsha River, the upper section of the Yangtze River, in western China.

The 10-people group kayaking was successfully conducted on Saturday. Seven of them completed kayaking in four sections of rapid and the other three finished a part of the rapid.

The 4.63-km Laojun Rapid is divided into four sections classed by difficulty from Class III to V.

Setting off from Xiaotianba village in Luquan, southwest China’s Yunnan Province, the group finished their 33-km journey on the Jinsha River in 10 hours. 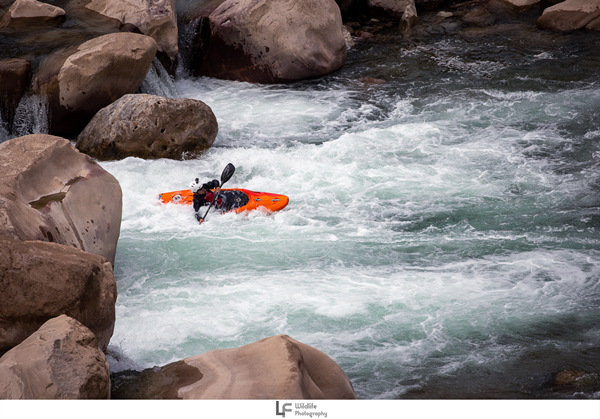 The kayaking was also live-streamed by the local authority of Huidong county in southwest China’s Sichuan Province where the rapid roars through.

Earlier records showed that the Laojun Rapid had been previously run by three Chinese adventurers in a sealed capsule in 1986 and several American rafters and two kayakers in 2019, making the Saturday running the first and only for Chinese kayakers, also the last, since the raging torrents of the Laojun Rapid will later die down along with the construction of Baihetan hydropower station.

Straddling on the Jinsha River, Baihetan is the second-largest in China after the Three Gorges Dam. Its first batch of generating units is scheduled to start operation in July, according to Xinhua. With more and more Chinese sports lovers heading outdoors to get intimate with nature, whitewater running, along with other extreme sports including paragliding, has been embraced with increased popularity. But the number of rivers with no man-made hydropower project is on the decline, making whitewater running on free-flowing rivers a rare and precious delight.

Ronaldo inspires Juve to dominate Roma in Serie A