Staff members work at the entrance of a COVID-19 vaccination site in Berlin, capital of Germany, Dec. 27, 2020. (Xinhua/Shan Yuqi) An ambulance passes by the Christmas tree outside the Houses of Parliament in London, Britain, on Dec. 23, 2020. (Xinhua/Han Yan) 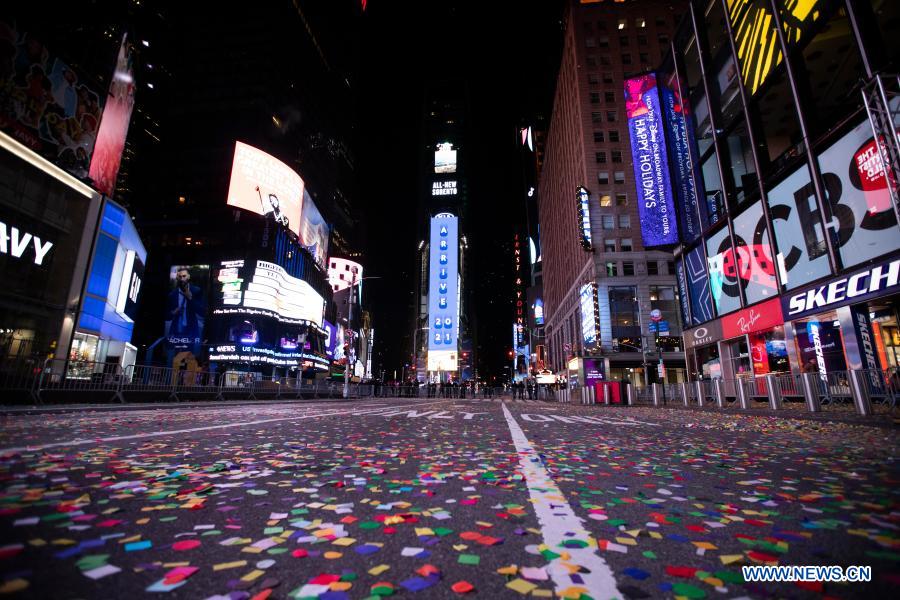 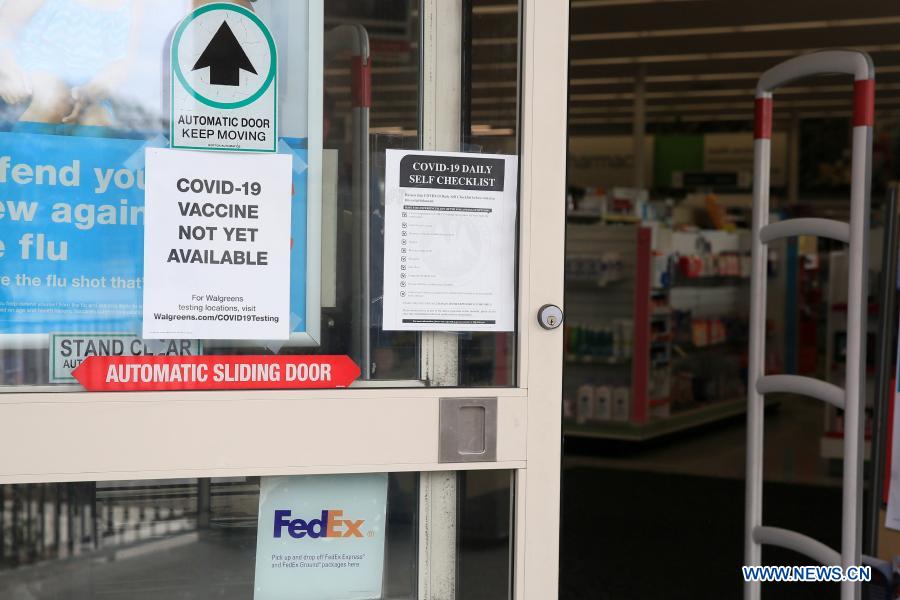 A notice telling COVID-19 vaccine is not yet available is pictured on the door of a pharmacy in New Orleans, Louisiana, the United States, Nov. 25, 2020. (Photo by Lan Wei/Xinhua) 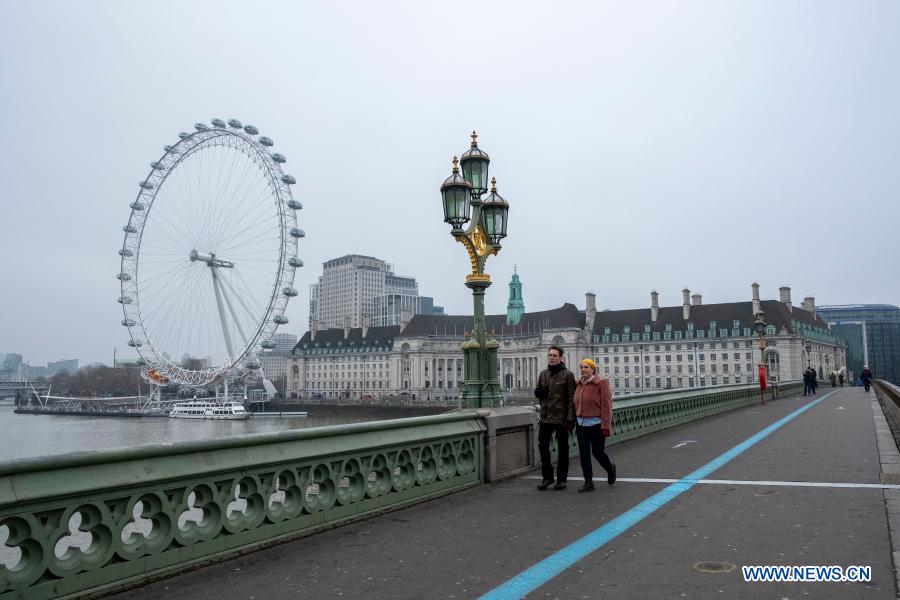 People walk along the Westminster Bridge in London, Britain, on Jan. 1, 2021. (Photo by Ray Tang/Xinhua) 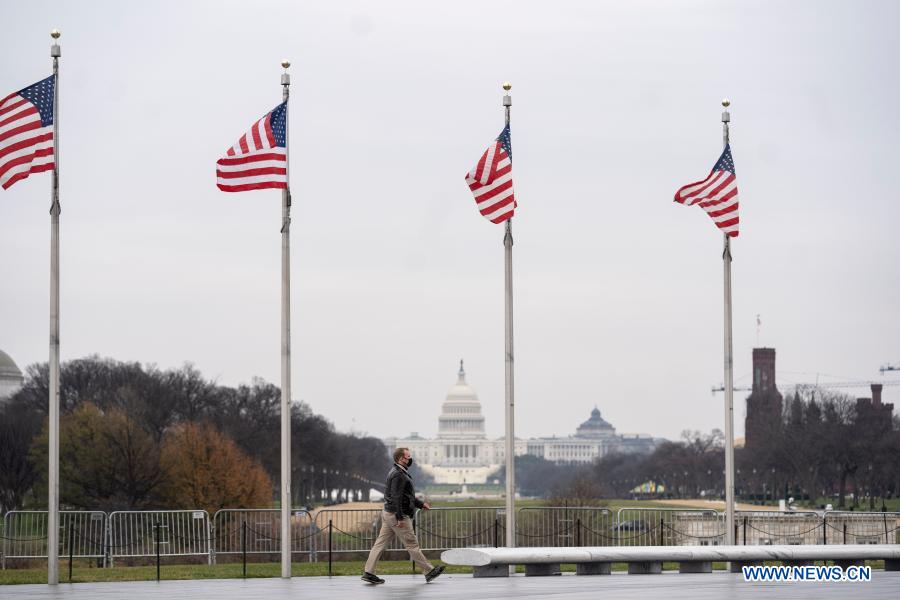 BEIJING, Jan. 5 (Xinhua) — With surging new cases and strict restrictions back in place, the global fight against COVID-19 has grown tougher after the Christmas and New Year holidays.

As of Tuesday, global cases have reached 85,653,549 with over 1.8 million deaths, according to a tally from Johns Hopkins University.

The Christmas and New Year holidays, a time of family reunions, travel and shopping, have been overshadowed by a sustained record-breaking COVID-19 surge.

COVID-19 infections in the United States hit a new grim milestone of 20 million on New Year’s Day, an increase of 10 million cases in less than two months.

The CBSLA news channel reported that hospitals across the Los Angeles and other counties in Southern California had been stretched to their limits, as the county’s seven-day daily positivity rate increased from 18.2 percent on Christmas Day to 21.5 percent on New Year’s Day.

British Prime Minister Boris Johnson announced Monday that England will enter a national lockdown from midnight, the third of its kind since the pandemic began in the country.

Japanese Prime Minister Yoshihide Suga said Monday that the government is planning to declare another state of emergency for Tokyo and three surrounding prefectures as COVID-19 cases surge in these areas.

In cities from the Middle East to Latin America and Africa, New Year celebrations have been cancelled or suspended, and stricter lockdown measures re-introduced.

Egyptian Prime Minister Mostafa Madbouly on Dec. 27, 2020 ordered the cancellation of all New Year celebrations, while tighter lockdown measures were re-introduced last week in South Africa, including a ban on alcohol sales and gatherings as well as the closure of beaches.

On Dec. 20, 2020, British Health Secretary Matt Hancock warned that a new strain of COVID-19 was “out of control” in Britain.

By December 2020, the new variant had become the “dominant variant” in London, and by the week ending Dec. 9, 2020, it had accounted for 62 percent of cases in London, 59 percent of those in eastern England, and 43 percent in the southeast, according to Patrick Vallance, chief scientific adviser of the British government.

Days later, two cases of another new variant of the virus were also identified in Britain.

“Both are contacts of cases who have travelled from South Africa over the past few weeks,” Hancock said Wednesday.

This new variant is “yet more transmissible” and the development is “highly concerning,” he said.

Meanwhile, another new variant of the coronavirus appears to have emerged in Nigeria, the Africa Centres for Disease Control and Prevention said earlier.

So far, the new variants have been detected in Australia, Denmark, Italy, Iceland, the Netherlands, Germany, Canada and Japan, according to the World Health Organization (WHO) and media reports.

Countries across the globe are planning mass vaccination campaigns, as experts suggest that no evidence has yet emerged that the new strains could affect the effectiveness of the potential vaccines.

According to information released by the WHO on Dec. 29, 232 COVID-19 candidate vaccines are being developed worldwide, with 60 of them under clinical trials.

The U.S. city of Houston is allowing those at high risk to schedule an appointment online to receive a free vaccination.

In Germany, a total of 265,986 people have received COVID-19 vaccines as of Monday, the Robert Koch Institute said.

Other countries, including Slovenia, Spain and Malta, have received their first batches of COVID-19 vaccines.

On Dec. 10, 2020, Egypt received the first batch of a Chinese anti-coronavirus vaccine.

The China-developed anti-coronavirus vaccine Egypt has received is effective, safe and easier to use, said Osama Abdel-Hay, secretary general of the Egyptian Medical Syndicate.