Laozi Goes Out of the Hangu Pass, a bronze sculpture by Wu Weishan, on display at the exhibition Lucky Ox at Beijing’s National Museum of China. [Photo by Jiang Dong/China Daily]

Bovines and humans have had close interactions since prehistoric times. Figurative drawings of animals, including bison, horses and deer appear in the oldest art, for example, the Cave of El Castillo in Spain that dates back some 40,000 years.

The ox has played an important role in agriculture in Chinese history. Considered both loyal and reliable, the animal has hugely benefited farmers. It is also seen as a spiritual animal in human communication with the world of deities.

Today, the images of ox, symbolizing diligence and prosperity, are found in many aspects of Chinese everyday life, although the animal as a harnessed force is much less needed in the industrial age. 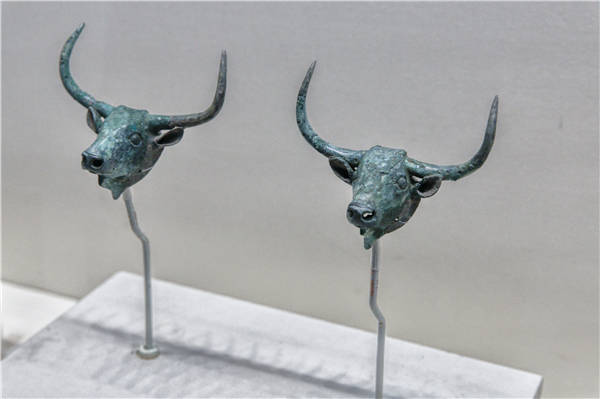 From archaic ceremonial bronze objects that feature bovine patterns to modern sculptures, an exhibition titled Lucky Ox opened at the National Museum of China on Feb 9, showing more than 160 ox-themed objects in its collection to celebrate the Year of the Ox and the arrival of spring.

The exhibition reviews the cultural meanings, ranging from the ox as a symbol of power, good harvest and wealth to the yearning for an idyllic, rustic life.

Zhai says the ox’s significance in political and social life during the Shang and Zhou dynasties is visible in bronze vessels, used for royal activities, which have been carved with related motifs or sculpted into the shape of an ox or body parts such as horns.

He says oxen were major offerings for ritualistic sacrifice at the time, and before being killed, they were fed quality grains and even dressed up. Sometimes kings themselves led the oxen into ancestral temples where the sacrificial ceremonies were held. Bovine bones were also used to make oracle bones, and burned and drilled through to create cracks on the surface that “told of good or bad signs”. 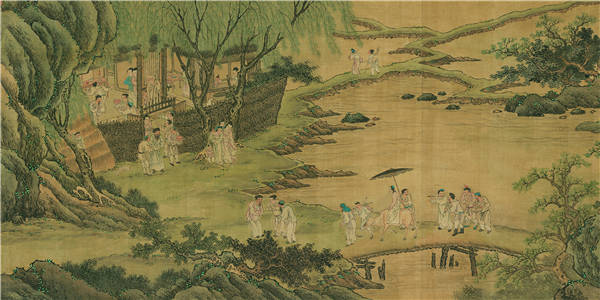 A painting at the exhibition shows a Ming-era (1368-1644) wedding where the bride is being carried by an ox to the groom’s house. [Photo provided to China Daily]