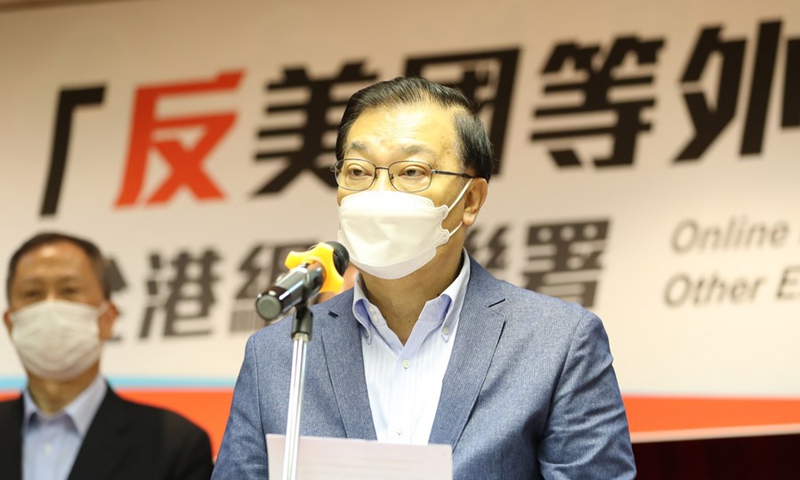 Tam Yiu-chung, Hong Kong’s delegate to the Standing Committee of the National People’s Congress (NPC), told the Global Times on Wednesday that no Hong Kong-related issues are on the agenda of the ongoing meeting of China’s top legislative body.

Tam’s remarks came after some Hong Kong media speculated that the central government is mulling erasing 117 Election Committee seats that are likely to be occupied by opposition district councilors, as well as other moves that suppress pro-activist councilors.

Neither the Hong Kong district council issue nor other Hong Kong-related issues are being discussed at the ongoing meeting, Tam confirmed to Global Times on Wednesday.

He earlier told media that there have been no previous cases of an agenda being added halfway through, as the general agenda would normally be issued on the first day of the meeting, and sensitive issues will usually be announced at the end.