NBA has for the first time participated in the third China International Import Expo (CIIE) 2020 in Shanghai, as it is ready to resurface in the Chinese market after a year-long discord and deadlock with Chinese fans and franchises due to former Rockets manager Daryl Morey’s tweeted support for Hong Kong rioters in 2019.

NBA China confirmed their debut at CIIE to the Global Times on Wednesday.

An NBA China source told the Global Times their exhibit at the CIIE includes NBA’s history in China, the league’s business in China, an autograph collection of NBA superstars, and a high-tech interactive experience program.

Visitors can play dribbling and shooting challenges at the interactive section, watch highlights of games, and buy team jerseys and basketballs.

The exhibition zone will receive visitors starting Thursday. The NBA China source said star players could not come due to epidemic controls, but cartoon statues of superstars like Lebron James and Stephan Curry are ready to welcome fans. 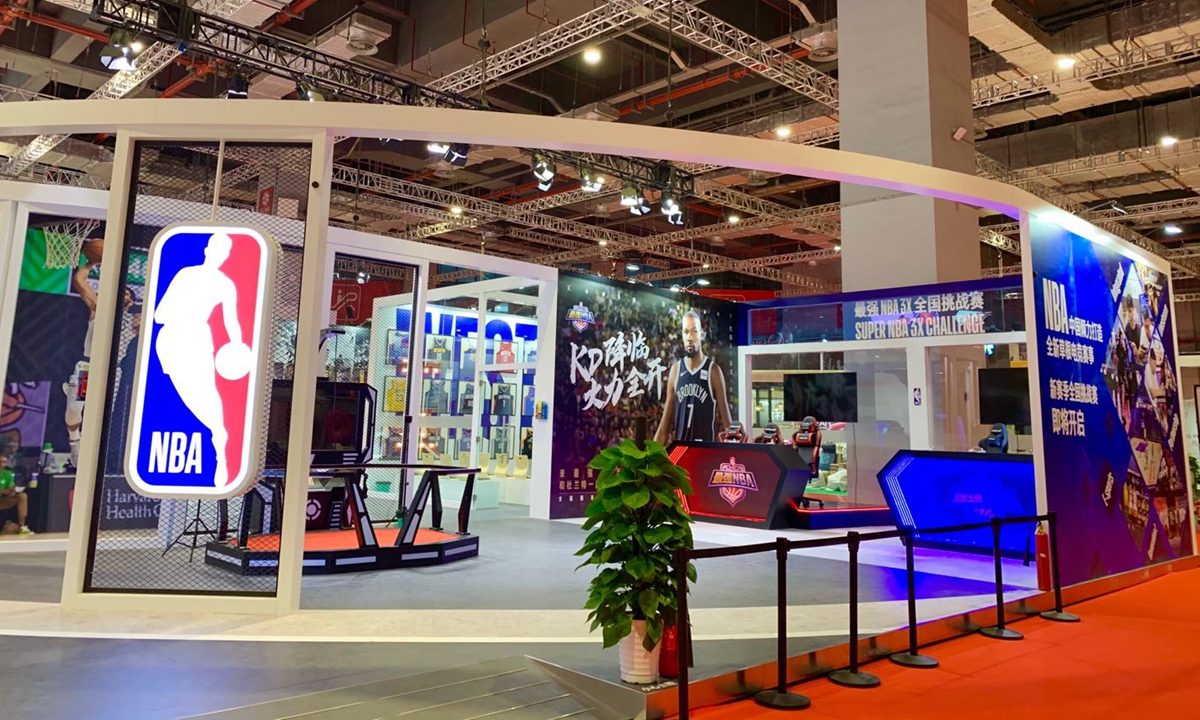 The 2020 CIIE in Shanghai marks the first time sporting goods and events will be featured at the consumer goods exhibition area, which became the largest area for the first time in the CIIE’s history. And it is also the first time for the NBA to join the CIIE, the Global Times learned.

The NBA exhibit at the CIIE started without fanfare, as some Chinese basketball fans have not forgotten Morey’s irresponsible move. Morey left the Houston Rockets in October, where Chinese national icon and current Chinese Basketball Association President Yao Ming played for nine years.

China Central Television (CCTV) resumed broadcasts of NBA games after a one-year suspension, a few days before Morey’s resignation. A CCTV spokesperson told the media that the rebroadcasts were a normal arrangement considering the popularity of basketball in China, and domestic fans want to watch the games.

Some observers see NBA’s participation as a careful attempt, given previous signs of a thaw, to further repair its relationship with China at the CIIE platform, where some 2,700 foreign businesses are eyeing opportunities in the massive Chinese market.