Over 100 million Chinese people stayed put during the Spring Festival to prevent the spread of COVID-19, but that did not result in any lack of festive atmosphere, as they celebrated the festival in their own ways, Chinanews.com has found. People staying in the cities where they work celebrated the festival in the same way as their families did at home – decorating their houses, putting paper-cuttings on windows, hanging up couplets, and making New Year’s Eve dinner.

Many people sent New Year wishes to their relatives and friends through short videos or by making video calls. Statistics show that between Feb. 4 and Feb. 11, New Year greeting videos on short video platform Douyin were played more than 50.6 billion times.

Watching films was a major activity for Chinese people during the holiday. Statistics from Chinese ticket platform Maoyan showed that 34.34 million people went to cinemas on the first day of the Chinese New Year, pushing daily box office takings in China’s film market to 1.7 billion yuan and breaking the single-day box office record in China. 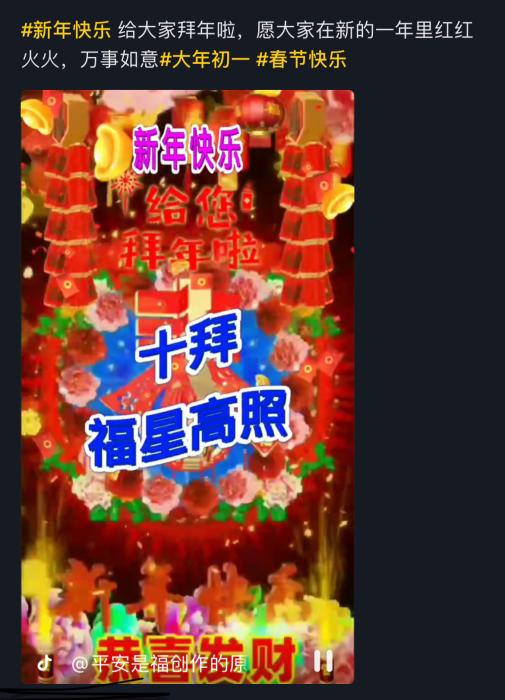 Online consumption also became a hot trend during the holiday, with semi-cooked food and food for one person proving to be popular among young people on New Year’s Eve. Advance sales of New Year’s Eve dishes on e-commerce platform Hema Fresh was four times the number of the same period of last year since January.

Many people cancelled their long-distance trips, opting instead to go to places near their homes, such as city parks, museums, and ancient towns in city suburbs.

Reports have confirmed that the Shanghai Disneyland theme park, Shichahai Lake in Beijing, Wuhouci Shrine in Chengdu, and the West Lake scenic area in Hangzhou, among others, were hot tourist destinations during the holiday. Mickey and Minnie wearing special costumes for the Spring Festival at the Shanghai Disneyland on Feb. 12, 2021. (Photo/Chinanews.com)

From Feb. 11 to 17, a total of 1.64 million people visited parks and the Museum of Chinese Gardens and Landscape Architecture in Beijing, which were all open for free, an increase of 167 percent compared with the same period of last year. Beijing’s Temple of Heaven, Beijing Zoo, and the Summer Palace were the top three tourist destinations during the holiday, with 248,700, 226,000 and 204,300 visits made in seven days, respectively.

Many other people stayed at their posts during the holiday. Last year, delivery man Wang Yong volunteered to ferry medical staff from a hospital in Wuhan. This year, he also chose to stay on duty.

Thanks to the efforts of all Chinese people, from Feb. 11 to 16, China reported only one new confirmed case of COVID-19, and the country now has fewer than 10 high-risk and medium-risk zones.