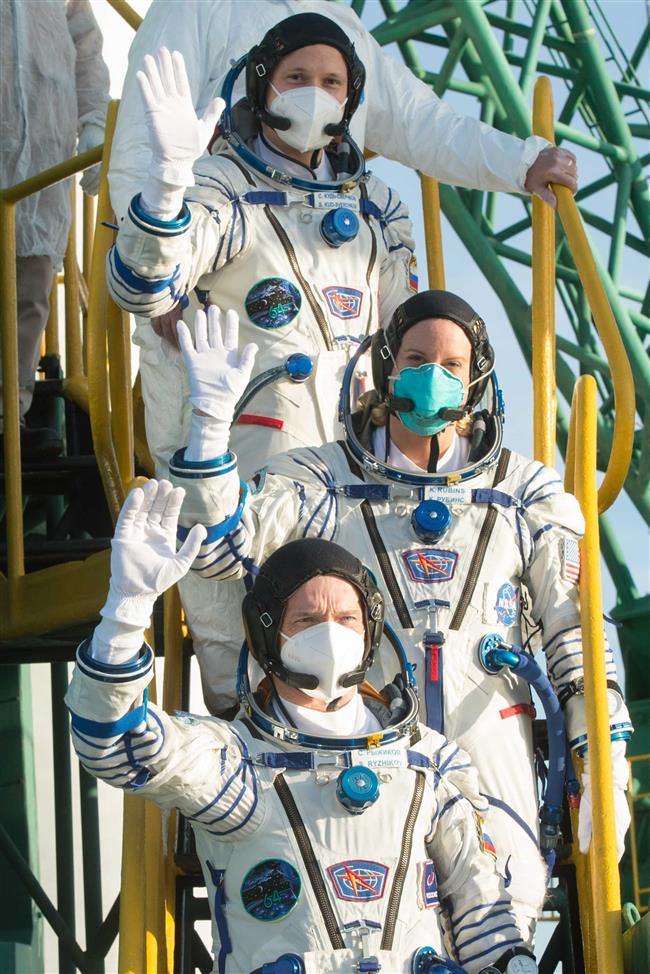 NASA astronaut Kate Rubins and Russian cosmonauts Sergey Ryzhikov and Sergey Kud-Sverchkov, members of the International Space Station expedition 64, wave as they board the Soyuz MS-17 spacecraft prior to the launch from the Russian-leased Baikonur cosmodrome in Kazakhstan on Wednesday.

A three-person crew on Wednesday reached the International Space Station aboard a Russian rocket after the fastest ever journey from Earth — just over three hours.

The mission of the Soyuz spacecraft carrying two Russian cosmonauts and one NASA astronaut was of immense importance to Russia’s space agency Roscosmos, coming as the SpaceX program relaunches crewed spaceflight from the United States and ignites fresh talk of a space race between the two countries.

Roscosmos said “a new record for flights to the International Space Station was set — the total time from launch to docking of the Soyuz MS-17 was three hours and three minutes.”

Journeys to the ISS usually take around six hours — a vast improvement on the two-day flights before 2013.