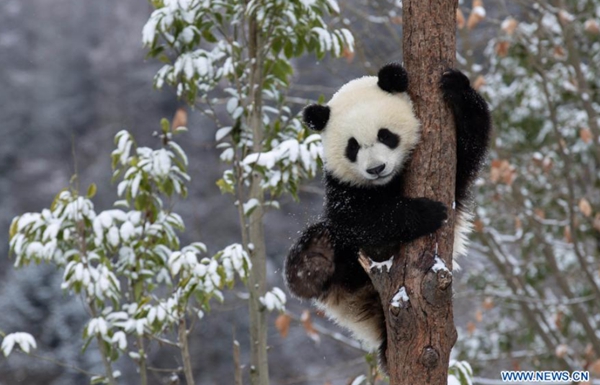 The pandas from Sichuan have a black chest and mostly white belly, looking more like a bear in appearance.

In comparison, the subspecies from the Qinling mountain range of Shaanxi have smaller skulls and larger teeth, taking on cat-like features, with a dark brown chest.

Although the two sub-species are related, they have not interacted with each other for over 12,000 years, which has resulted in the formation of different genetic groups for these two types of pandas.