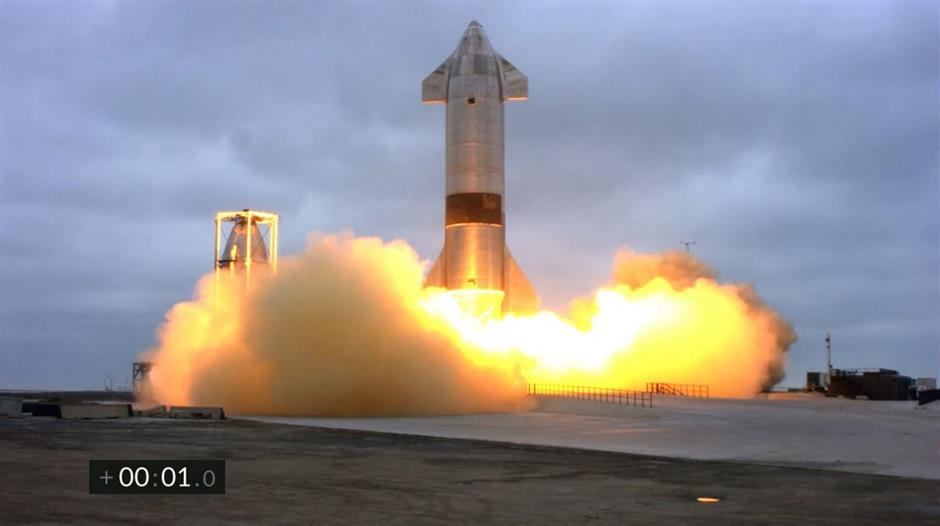 In this photo screengrab made from SpaceX’s live webcast shows the Starship SN15 launching from Boca Chica, Texas, on May 5.

SpaceX managed to land its prototype Starship rocket at its Texas base without blowing it up on Wednesday, the first time it has succeeded in doing so in five attempts.

The test flight represents a major win for the hard-charging company, which eventually wants to carry crew inside Starship for missions to Mars.

“Nominal” means normal in the context of spaceflight.

The execution wasn’t quite perfect, with a small fire engulfing the base of the 50-meter-high rocket, dubbed SN15, shortly after landing. 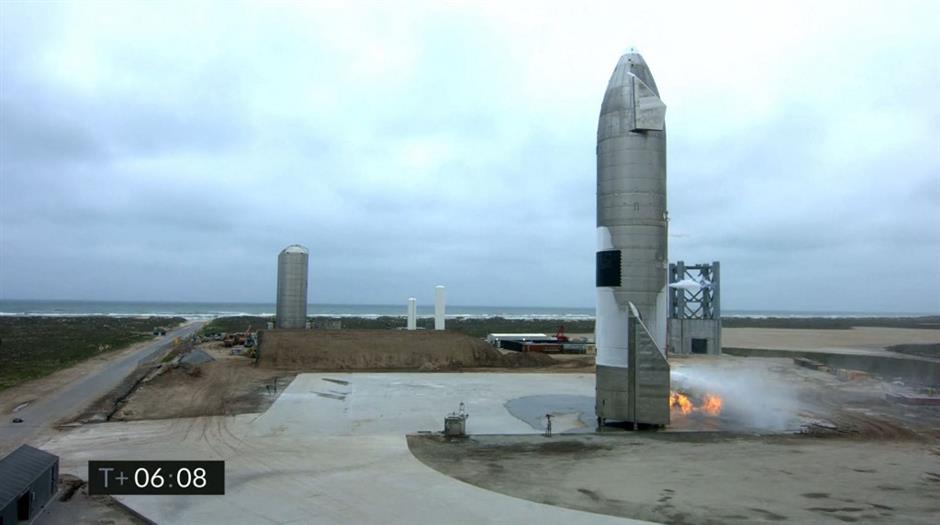 The Starship SN15 after landing in Boca Chica, Cameron County, Texas, on May 5. There is, however, a small fire at the base of the rocket, dubbed SN15, which announcers said was not unusual.

SpaceX webcaster John Insprucker explained this was “not unusual with the methane fuel we’re using,” adding engineers were still working out design issues.

The flames were quickly put out with water cannons, footage showed.

Earlier, the rocket took off at 5:25pm local time (10:25pm GMT) from the Starbase in Boca Chica in southern Texas, reached an altitude of 10 kilometers and performed a series of maneuvers, including a horizontal descent called a “belly flop.”

SpaceX was facing added pressure to succeed with Wednesday’s flight after NASA last month announced a version of Starship will be used as a lunar lander when the space agency returns humans to the Moon.

But the US$2.9 billion contract is currently suspended after two rival companies, Jeff Bezos’ Blue Origin and Dynetics, lodged a protest.

Nevertheless, if the award is eventually confirmed, it will transform Starship from Musk’s pet project to a major tax payer-funded venture, with all the scrutiny that entails.

The first two flight tests of Starship, SN8 and SN9, both crash landed and exploded when they launched in December and February, respectively.

The next, SN10, successfully landed but then blew up a few minutes later on March 3.

The video feed cut out during the test flight of the fourth, SN11, with Musk later confirming it too had exploded, this time in mid-flight.

Eventually, SpaceX plans to combine the Starship spaceship with a Super Heavy rocket, creating a fully reusable system to explore deep into our solar system.

This final version will stand 120 meters tall and will be able to carry 100 metric tons into Earth orbit — the most powerful launch vehicle ever developed.

Musk wants to use this to help realize his goal of transforming humanity into a multiplanetary species with a colony on Mars.