The Communist Party of China (CPC) Central Committee released Tuesday the full text of proposals for mapping out a blueprint for China’s development in the next 15 years, on which the top leader said the CPC Central Committee will announce the achievement of building of a moderately prosperous society in all respects after a systematic assessment and review in the first half of 2021.

The document, the Party leadership’s proposals for formulating the 14th Five-Year Plan (2021-25) for National Economic and Social Development and the Long-Range Objectives Through the Year 2035, was adopted at the fifth plenary session of the 19th CPC Central Committee which closed Thursday.

Xi Jinping, general secretary of the CPC Central Committee, said in an explanation speech published by the Xinhua News Agency that it’s completely possible for China to double economic output or per capita income by 2035 after careful research and calculation on China’s economic development capabilities and conditions.

The CPC Central Committee will assess and review the experience in building a moderately prosperous society in the first half of 2021, and then announce that we have achieved the goal, Xi said.

In the explanatory speech on the proposals, Xi said a balance should be struck between building on past achievements and seeking innovations to ensure the smooth connection of the two centenary goals.

The government-market relationship should be dealt with well to give better play to China’s institutional advantages, Xi said.

A balance between opening-up and self-reliance should be maintained for China to better adapt to both domestic and international situations, he said.

Xi urged properly handling the relationship between development and security to effectively prevent and deal with systemic risks that may hinder China’s march toward modernization.

The relationship between strategy and tactics should also be well managed for drafting a set of farsighted and pragmatic proposals, he said.

The proposals had made fundamental adjustments as China pursues the second centenary goal to build a modern socialist country by 2049 amid the unstable global structure, Yan Yilong, a research fellow at the Center for China Studies of Tsinghua University, told the Global Times on Tuesday.

For example, the proposals stress high-quality development instead of rapid development, and clarify the goal of common prosperity to stress the socialism factor in China’s development.

The proposals also call for the construction of a “dual cycle” development pattern, with the domestic cycles as the main body and mutual promotion of domestic and international cycles, which are aimed at ensuring stable and high-quality development of China amid high risks and uncertainty brought about by the turbulent global situation, Yan noted.

With recent changes in the global political and economic environment, and the trend of anti-globalization, unilateralism and protectionism in some countries, China has to focus on development inside the country and rely more on the domestic market, Xi said. 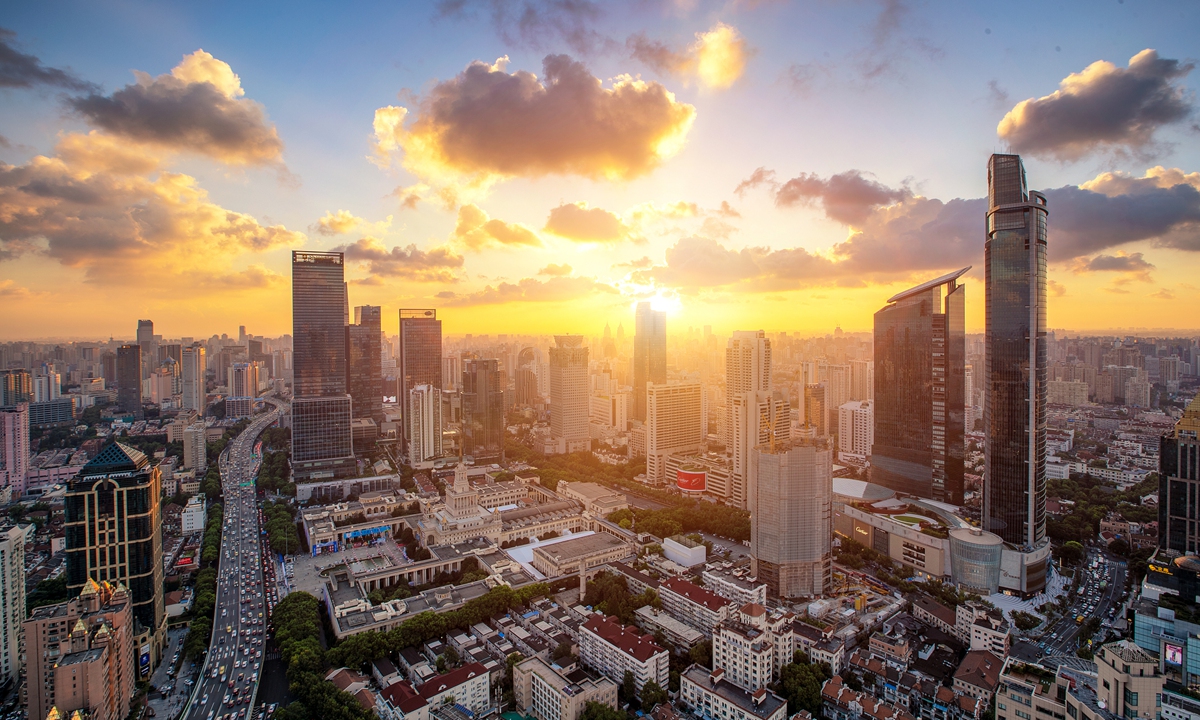 But this does not mean that China will develop in a closed domestic cycle, but rather an open domestic and international double cycle. Promoting the formation of a grand and smooth domestic economic cycle can better attract global resources, Xi said.

Security has to be at least as important as development to manage growing risks the society is faced with, Yan said, noting various crises the world is facing such as public health crisis, climate change and the turbulent global environment.

Xi said that after “comprehensively considering various factors,” the proposed draft adopts a “qualitative expression and a quantitative approach” to the economic development goals by 2035, noting that the mid- and long-term planning goals should pay more attention to the optimization of the economic structure, and guide all parties to focus on improving the quality and efficiency of development.

The change of tone in China’s economic development target is in line with the country’s development situation, as China is in pursuit of high-quality development rather than quantitative growth, Cong Yi, a professor at the Tianjin University of Finance and Economics, told the Global Times on Tuesday.

Cong said it’s also possible that China will continue to downplay the GDP target in the future, as conducting all work around a specific growth target may lead to trifles and neglect the essentials, adding that structural adjustments and upgrading will be the primary task for China no matter how the external environment evolves.

In the wake of the COVID-19 pandemic, China opted for not setting a specific numerical growth target for this year in the Government Work Report at the two sessions in May.

Nevertheless, experts said “seeking improvement in stability” does not mean there will be no target at all, but we will set specific targets based on the actual development progress, and better coordinate policies to cope with new challenges while ensuring that long-term goals are met.

The proposed goal for doubling 2020’s GDP of around 100 trillion yuan in 2035 could mean an annual real growth target of about 3.5 percent, said Tian Yun, vice director of the Beijing Economic Operation Association.

“I think those targets are very pragmatic as they reflect our advantages and long-term development goals, as well as the many challenges,” Tian told the Global Times.